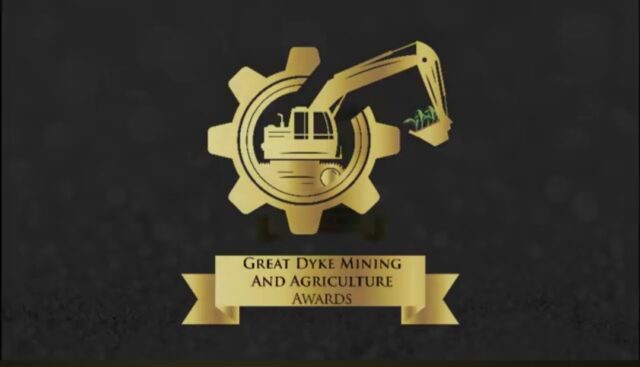 The Minister of Local Government and Public Works Honourable July Moyo has applauded the winners in the inaugural Great Dyke Mining and Agricultural Awards.

In his keynote speech as the guest of honour Minister Moyo urged the award winners to continue pursuing their dreams.

“For the companies and individuals honoured today, I would like to say congratulations, makorokoto, amhlope. Continue to excel and you will realise your dreams. The Great Dyke is indeed a place of dreams, “said Minister Moyo.

The minister also noted that mining and agriculture have been catalysts for economic growth in the Great Dyke.

“It is pleasing to note that under the devolution mantra, which has been pronounced by His Excellency the President, miners and agricultural entities are contributing to the district and provincial gross domestic product, thus boosting development in local authorities.

“They have become a catalyst for growth of local authority revenues.  Agriculture has provided a low entry cost investment that provides sustenance to the majority of the people who live in rural districts.

“67 percent of our people in rural areas live off the land, and that is why it is so vital to continue investing in agriculture if we are to enhance livelihoods and achieve vison 2030 of transforming to a middle-income economy,” he said.

Banabasi Marambire scooped the Most Outstanding Businessperson of the Year Award. The award honors businesses that have demonstrated business acumen for the high revenue amounting to millions of dollars and high revenue growth rate.

Makanaka Investments owner Dr Anthony Clever walked away with Cell Insurance sponsored Lifetime Business Achievement Award for demonstrating outstanding commitment to business and creating impactful outcomes to the community in the Great Dyke over a sustained period of time.

The diversified company has interests in the hospitality industry, logistics, hardware, retail mining and agriculture.

Platinum Miner Mimosa scooped the CSR and Health and Safety Awards for having the most robust CSR initiatives and the most impactful SHE outcomes on the local community.

Boltrec won in the Mining and Consumables Supplier category while the Women’s Bank scooped the Financial Services Provider of the Year Award.

Zimasco scooped the Livelihoods Award of the Year for implementing the best livelihoods support programme in the Great Dyke at  a time when communities have been affected by covid-19.

The Business Manager of the Year award went to Tamson Mtombeni of Pote Holdings while the Small Scale Miner was won by Chimona Mining.

The Best Mining Insurance Provider of the Year was scooped by Cell Insurance who were adjudged to be the most dominant company in the provision of insurance to the mining sector in the great Dyke Region.

My Late Husband Nearly Sold Our Mining Claim Due To Impatience: Susan Dumbura.

My Late Husband Nearly Sold Our Mining Claim Due To Impatience:...