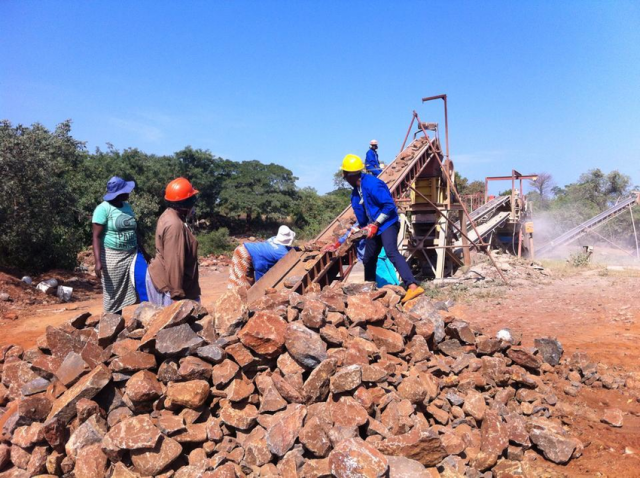 It has never been easy for Zimbabwe’s small scale miners. One minute they are a waging a war against ruthless machete wielding gang.

The next minute they are trying to mobilise resources to eke a living out off a market that has never paid them their full dues.

With the coming of Covid 19, things may just have just gotten a little worse. While police raids have noticeably gone down and a number of artisanal miners are back at work, the reality of markets is now sharply felt.

The law in Zimbabwe says all gold must be delivered to Fidelity Printers and Refiners.

That in itself is not a bad thing and most small scale miners have no inherent distaste for the national body. The challenge which has resulted in a drastic decline in national deliveries has to do with suboptimal prices.

Almost everything within Zimbabwe’s small scale mining sector is transacted in United States dollars except for Fidelity of course who continue to pay 55 percent in hard currency and the rest in local Zimbabwe dollars.
Worse still the local currency is paid at official bank rate of ZW25 to 1USD when the parallel market is trading between ZWL45 to ZWL50 per one USD , In essence the local equivalent is half the alternative market in an economy where chemicals and spares are pegged at parallel market rates or USD.

A number of small scale miners thus have exercised what economic guru, Adam Smith, would have deemed as rational economic choice by selling their gold to parallel market buyers who pay in USD.

Before the onset of national lockdowns prices were fairly competitive. However as countries moved to close their borders, that is no longer so.
Gold has continued to rise on international commodity markets yet in Zimbabwe they have experienced a downward spiral.

While a gram at Fidelity Printers and Refiners sells for USD 51 per gram, the parallel market buyers are presently below USD44 per gram. Most have also invented many ways to cheat portions of gold from their customers.

Fidelity Printers and Refiners plays both good and bad cop simultaneously. They generally play fair and offer high prices in USD but do so for 55 percent of the delivered gold.
For the remaining 45 percent they pay at ZWL25 per gram which literally wipes out all the gains from the foreign currency payment. Feels like being God and Satan at the same time.

This would have been the time for Fidelity Printers and Refiners to assert supremacy on the local market by ensuring that they use their price competitiveness to take all the gold from small scale and artisanal miners.

Together with various incentives, it would now be possible to ensure that the sector is formalized and grown into the targeted 100 tonnes by 2023 .

Sadly for now, its not yet uhuru for the small scale and artisanal miner. The parallel market continues to dominate despite its evident exploitation.

Fidelity Printers and Refiners have also remained intransigent in their ways. What they give in USD they take away with suboptimal local currency prices.

Perhaps this is the time for a no holds barred debate on what Government really wants from small scale miners. If it is their loyalty all they must do is take advantage of the current market conditions and pay well.