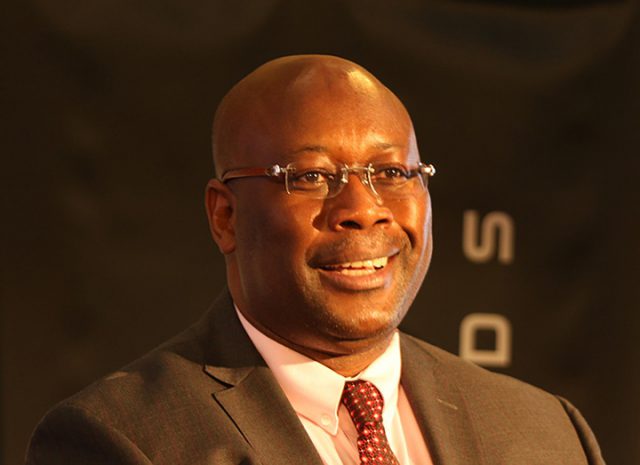 The Minister of Mines and Mining Development Winston Chitando says government is committed to the achievement of the US $12 billion mining sector economy by 2023 as demonstrated by the interventions it is taking to realise this goal.

In his response to questions raised by mining industry players at the Fifth State of the Mining Industry Breakfast Meeting hosted by the Chamber of Mines of Zimbabwe in Harare recently ,minister Chitando underscored government’s commitment to realising the growth target in the mining sector.

“Government is fully committed to the 12 billion mining industry because it was adopted in government and was launched by his Excellency President Emmerson Mnangagwaand it shows the seriousness of the government that it (the roadmap) was launched.

“Having said that there is need to address some of the realities which we can not run away from. Government has done quite a number of interventions to try and ensure that the 12 billion will be achieved”, he said.

The minister said the key interventions taken by government include the reform of the cadastral system to eliminate the conflict in ownership of mining claims, the capacitation of the Provincial Mining Offices and restructuring of the Ministry of Mines and Mining Development.

“It’s a fact that the mining administration title is not in mining. This is not efficient and is giving rise to a number of disputes. A team is being put together with the commitment that by 2021 it will be up and running.”

In respect to the capacitation of Provincial Mining Offices minister Chitando said by this Friday the offices will be getting vehicles and new maps by end of November this year to ensurereliable information.

He revealed that the restructuring of the ministry will involve giving enough focus on the mining and development aspect with key dedicated personnel assigned to this function.

The minister noted that the potential of the mining sector is well above the projected US $12 billion contribution to the national economy.

Concerns raised by mining industry players who attended the breakfast meeting include various taxes, power and energy shortages, fiscal challenges as well as the foreign currency retention ratios.  Minister Chitando said government will look into the concerns raised by the miners.

On the 14th of last month President Mnangagwa launched the strategic road map to the achievement of the US$12 billion mining industry by 2013.

The breakfast meeting was attended by Chamber of Mines of Zimbabwe President Elizabeth Nerwande, mining executives, Reserve Bank of Zimbabwe officials and other mining industry stakeholders.