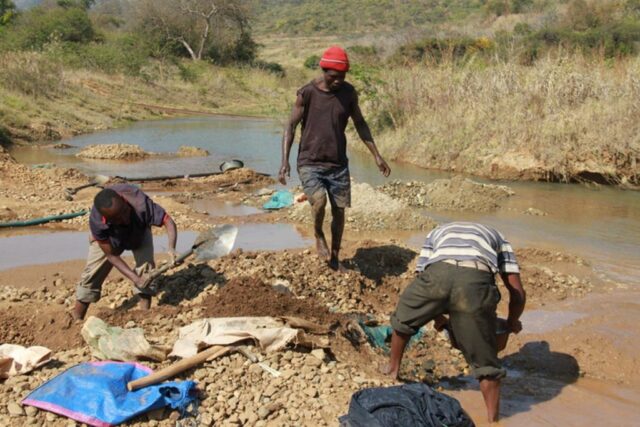 Government has banned the use of chemicals, including mercury and cyanide, in alluvial mining and also outlawed alluvial mining without an Environmental Impact Assessment Report and Certificate.

The ban was announced last week under the Environmental Management (Control of Alluvial Mining) (Amendment) Regulations, of 2021 (No. 2).

This comes amid reports of massive land degradation caused by riverbed alluvial mining.

The ban has repealed Statutory Instrument 258 of 2018 which allowed alluvial mining .

“No person shall, notwithstanding that they are in possession of a special grant, conduct alluvial mining activities or carry out prospecting for alluvial deposits within Zimbabwe, except with the express written authority of the Minister responsible for administration of the Act under exceptional circumstances.

“(2) Any such project granted authority subject to section 3(1) shall undergo Environmental Impact Assessment as required by section 97 of the Environmental Management Act.

The new requirements make it an offence to conduct any alluvial mining activities on land within 200 metres from any wetland.

Government said the prescribed 200- metre distance would not be construed as an express authorisation to carry out alluvial mining in such areas outside the 200 metre perimeter before the granting of an EIA certificate.

Government also banned the use of mechanical equipment or motor-powered equipment in alluvial mining.

“Any person who contravenes this section shall be guilty of an offence and liable to a fine not exceeding level 14 or to imprisonment for a period not exceeding 12 months or to both such fine and imprisonment,” Government said.

Below is the full document.