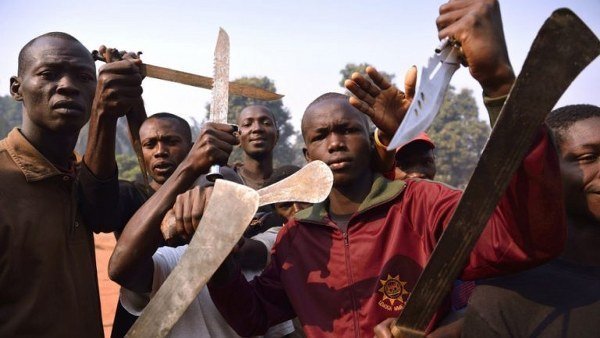 The Zimbabwe Republic Police (ZRP) has shot and arrested Phelandaba Tshuma (32), the man suspected to be the ringleader of a machete gang that hacked to death a policeman at Good Hope Mine in Battlefields recently.

According to ZRP National police spokesperson Assistant Commissioner Paul Nyathi, Tshuma who is suspected to be the ringleader of a machete gang called Ziga was arrested at his hideout in Rushinga, after he attempted to flee from the police and he was shot in the right leg.

“With reference to the murder of a police officer (Constable Wonder Hokoyo) in Battlefields, Kadoma, on 28 December 2019, police have arrested Pelandaba Tshuma at his hideout in Rushinga, Mt Darwin. The accused was on the police wanted list for several cases of attempted murder and assault involving the use of machetes,” he said.

According to Nyathi, when police raided his hideout, Tshuma attempted to flee, resulting in police firing warning shots but he did not take heed. He was then shot on the right leg leading to his arrest.

He has three other cases of assault, in which he allegedly used a machete in Kadoma.