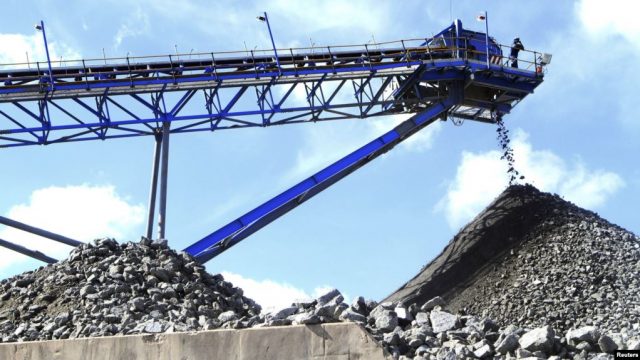 Zimbabwe has recorded an 8,7 percent jump in mineral exports to $910 million in the first half of the year with the Platinum group of metals (PMGs) dominating 63 % in terms of value.

According to the Minerals Marketing Corporation of Zimbabwe (MMCZ) General Manager Tongai Muzenda, the first half of the year had seen the marketer raking in US$910 million, up from US$837 million in the same period last year.

“The biggest contributor to the US$910 million envelopes is PGMs. PGMs constitute about 63 percent of the total revenue that we got,” said Mr. Muzenda.

“Also worthwhile noting is high-carbon ferrochrome exports, which amounted to US$148 million, which is also a big number.

“Chrome concentrates are at about US$36 million, which is quite good as it shows we are value adding into ferrochrome because if you compare with last year, you will see that chrome ore concentrates were US$58 million.

“On the non-metals, which includes things like your coke, graphite and so forth, granite has done quite well, it’s coming up. Though not as much as we would have loved, but it’s at US$12 million,” he said.

He added that diamond prices have come down from the first quarter into this quarter by 30 to 40 percent.

“For diamonds to date, the total sale is US$77 million, which is very good because most of this would be attributed to Murowa Diamonds.

“The diamond market has been falling off. Currently, the prices have come down from the first quarter into this quarter by anything between 30 to 40 percent depending on the type of diamonds, especially the rough diamonds,” said Mr. Muzenda.

According to the Minister of Mines and Mining Development Winston Chitando, Zimbabwe is targeting to generate over US$4 billion in revenue from the mining sector this year.

In 2018, the sector earned US$3,4 billion driven by the high performance of the gold sector, which delivered a record 33,2 tonnes, but output could have been higher had it not been for disturbance towards the end of last year.

Govt Bans Use Of Chemicals in Mining.