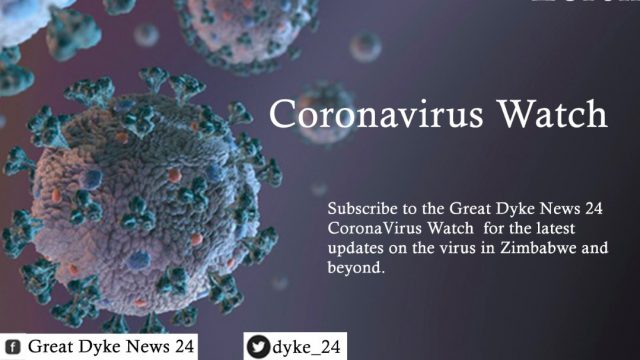 There was one new case recorded in Zimbabwe to make them 29 and the death toll remains unchanged.

A potential antiviral drug for the coronavirus has reportedly failed in its first randomised clinical trial.

There had been widespread hope that remdesivir could treat Covid-19. But a Chinese trial showed that the drug had not been successful, according to draft documents accidentally published by the World Health Organization.

The drug did not improve patients’ condition or reduce the pathogen’s presence in the bloodstream, it said.

Scientists in the UK began trials of a potential Covid-19 vaccineon humans on the 23rd of April.
The human vaccine trial has been developed by scientists at Oxford University’s Jenner Institute and will begin Thursday, the university confirmed to CNN. The Oxford vaccine candidate, called ChAdOx1 nCoV-19, is made from a harmless chimpanzee virus

President Cyril Ramaphosa has announced that as of 1 May, some measures of the nationwide lockdown implemented in March will be eased.
Ramaphosa confirmed he had deployed over 70 000 defence force personnel, in addition to those already deployed, cigarettes will again be sold in stores; the international travel ban implemented on 15 March would remain in place, and travel between provinces would still be restricted other than for the transportation of essential goods, or funerals; economic activity will be allowed to resume to a certain degree and will be based on analysis of risk levels in each separate sector; people would be allowed out of their homes to exercise under specific circumstances and provided they took the necessary safety precautions and Bars and shebeens would remain closed as well as conference and convention centres, entertainment venues, cinemas and theatres, while concerts, sporting events, and religious, cultural and social gatherings would not be allowed until it was deemed safe for them to continue.

Most people touch their face up to 23 times an hour and don’t even realise they’re doing it, a psychologist says.

Here are tips to keep your fingers off your face. • Ask a partner to alert you when you touch your face. Remind others when you see them touching their face to stop. • Keep your hands busy. Put them in your pockets, hold a ball or a deck of cards, or make fists for one minute if you bring them near your face. • Keep your elbows off the table, sit in chairs without armrests or in the middle of the couch. If you find it is hard not to touch your face, sit on your hands. • Practice relaxation by focusing on long, slow, deep breaths and on relaxing muscles that feel tense. Sit in a quiet place and dwell on the present moment, not the past or future. Spend time in nature, but keep a safe distance from others.

My Late Husband Nearly Sold Our Mining Claim Due To Impatience: Susan Dumbura.

My Late Husband Nearly Sold Our Mining Claim Due To Impatience:...