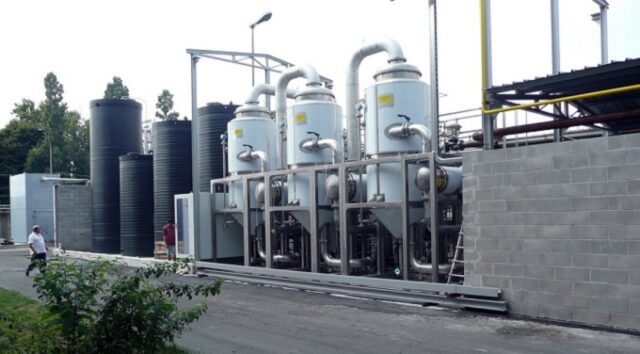 Resources group RioZim’s $17 Million Biological Oxidation (BIOX) project at the firm’s Cam and Motor gold mining operation in Kadoma was negatively affected by the COVID-19 pandemic which brought the project to a standstill as key suppliers were affected by lockdowns and travel restrictions in the first half of the year.

The construction of the BIOX plant will see the mining group beneficiate its precious minerals through processing pure oxide ores to make good grades and high recoveries and thus generating more foreign currency.

According to the group chairman Saleem Rashid Beebeejaun, the project activities resumed in the second half of the year albeit at a slow pace after lockdown measures were eased.

“Despite the relaxation of lockdown measures, the movement of goods and people remained constrained due to the various COVID-19 restrictions and protocols that remained in place both locally and in South Africa where most of the equipment suppliers are housed thereby limiting the smooth flow of project activities.

“External funding for the project remained elusive throughout the year as lenders took a conservative approach in light of the uncertainties brought about by the COVID-19 pandemic. This left the Company primarily dependent on internally generated funding.

“Despite the funding and COVID-19 challenges, the Company managed to steamroll the project to bring civil works to near completion and managed to take delivery of the bulk of the equipment by year end. Installations commenced post year end and are progressing well.

“As at the reporting date, the Company was engaged in discussions with potential lenders to secure the remaining funding requirements to complete the project and the Company is hopefulof reaching financial closure.

The Company’s gold production for the year ended December 2020 declined by 27% from 1.66tons achieved in the prior year to 1.21tons.

According to Beebeejaun, throughout the current year, the group’s flagship operation Cam & Motor Mine carried out mining activities from the nearby One Step Mine hauling low grade ore to the Cam & Motor plant for processing.

“This resulted in a drastic fall in gold production compared to the prior year when the Mine processed higher grade ore from its Cam pits.

“The exponential increase in revenue was a direct result of the depreciation of the local currency against the US dollar,” he said.

Beebeejaun, added that “The lower production in the current year is attributable predominantly to the processing of the low grade K2 resources after the high grade K1 resources had been depleted in the prior year.

“The Associate continued to contribute positively to the Group’s profitability with a share of profit of ZWL$494.8 million compared to ZWL$ 22.9 million in the prior year.”

Govt Bans Use Of Chemicals in Mining.