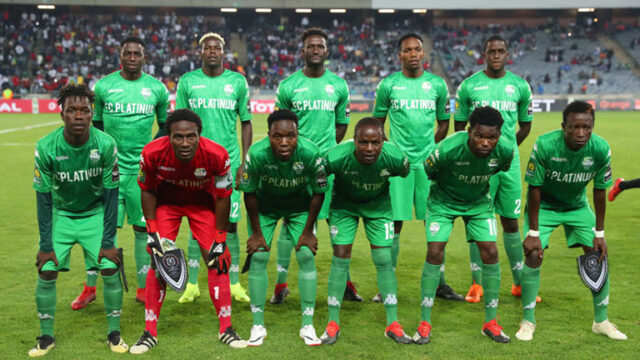 FC Platinum’s midfield enforcer Kelvin Madzongwe has become the latest Pure Platinum player to be struck down with injury.

Vice Captain Madzongwe has not trained with the rest of the team after Sunday’s one nil defeat to ASC Jaraaf.

At some point in the game he was seen clutching at his upper back , and it has now been revealed that he’s suffering from a back problem.

“The first team has been dealt a blow ahead of their CAF Confederations clash 2nd leg play-off against ASC Jaraaf with Madzongwe ruled out of the match due to injury,” reads a statement on the FC Platinum website.

“According to the Pure Platinum medical team, Madzongwe picked up a back strain in the loss to ASC Jaraaf on Sunday and is expected to go for a scan in two weeks.

Madzongwe joins William Sitima on the list of injured players in the team.”

The statement went on to detail the injury list as follows

The sand cloud weather conditions continued to take its toll on the players with heavy mist ,winds and dust blurring visibility.